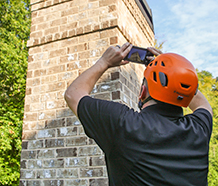 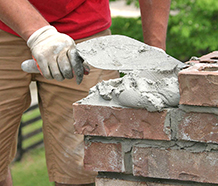 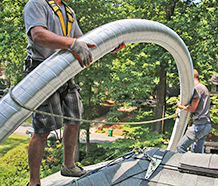 A chimney chase cover is a chimney top covering which seals it off, preventing moisture from getting in.  The covers are similar to a lid on a shoe box and are commonly used with pre-fabricated fireplaces that have a wood-framed chimney chase .  Chase tops are found on chimneys connected to factory-built fireplaces. The chase is a wood-framed structure that contains the double-walled chimney pipe used with manufactured fireplaces. These structures can be covered with siding to match the home, stone or brick facing.

The flat protective covering (rain pan) is sometimes paired with what is called a chimney shroud, which is a decorative style piece that attaches on top of the rain pan hiding the termination cap and providing another layer of protection to divert rain water. Typically when a chimney chase top is originally installed, they are often made with low-grade materials and last only about seven to ten years before replacement becomes a must.  The pre-fabricated chimney chase covers can rust quickly, particularly in more humid climates.  Even the tiniest gap or hole in these chimney tops can result in extensive water damage that requires costly repairs. Our Atlanta chimney sweep technicians are able to measure your top and we will fabricate and install a new chimney chase top to seal the top of your chimney.

Sometimes it’s easier to spot a damaged chimney chase cover because when water runs off of the chimney chase cover and down the sides, it carries the rust along the sides of the chimney, causing unsightly discoloration.  Once rust is spotted, repairs need to be made as quickly as possible. If rust damage isn’t repaired, the middle of the cover will tend to sink and begin to accumulate water, leaves, and other types of debris.  The additional stress on the chimney chase cover causes the top to deteriorate further.  Holes and cracks can develop, allowing water to seep into the structure. Chimney chase covers are necessities and, like all varieties of chimney toppers, serve the important purpose of preventing moisture and other debris from getting into the chase.  If a chimney topper deteriorates to the point that moisture is no longer kept out, many problems can occur which require expensive repairs.  Types of damage caused by moisture in the chimney include:  rotting wood framing, mold, deterioration of the firebox caused by rusting, leakage of carbon monoxide, and damaged sheet rock.

There are four types of chimney chase materials – galvanized steel, aluminum, copper, and stainless steel – each with their own appeal:

Galvanized Steel Chimney Caps – As the least expensive, they rust quickly, however, and must be replaced within a few short years.

Aluminum Chimney Caps – They do not rust, but they are generally too soft a metal to function well for this purpose.

Copper Chimney Caps –  They are considered the highest quality choice, and chimney toppers made with this material are substantially more expensive than other material types.  Many of the fine homes surrounding Atlanta do install copper chimney caps for their beautiful look.

Stainless Steel Chimney Caps – The strongest material used to make chimney toppers.  It costs more than galvanized steel; but in Atlanta, the best value is to get a replacement cover made of stainless steel, which never rusts and should never need to be replaced again. There is a large round band called a “storm collar” on chimney chase covers where the chimney liner venting comes up and is capped off with a “termination cap.”  The storm collar sheds water from the pipe and directs it to the top of the chimney chase cover and off the sides.  The wrapped or folded edge on the chase top is also important; it forms a waterproof seal and allows the water to drain from the chase top onto the roof.